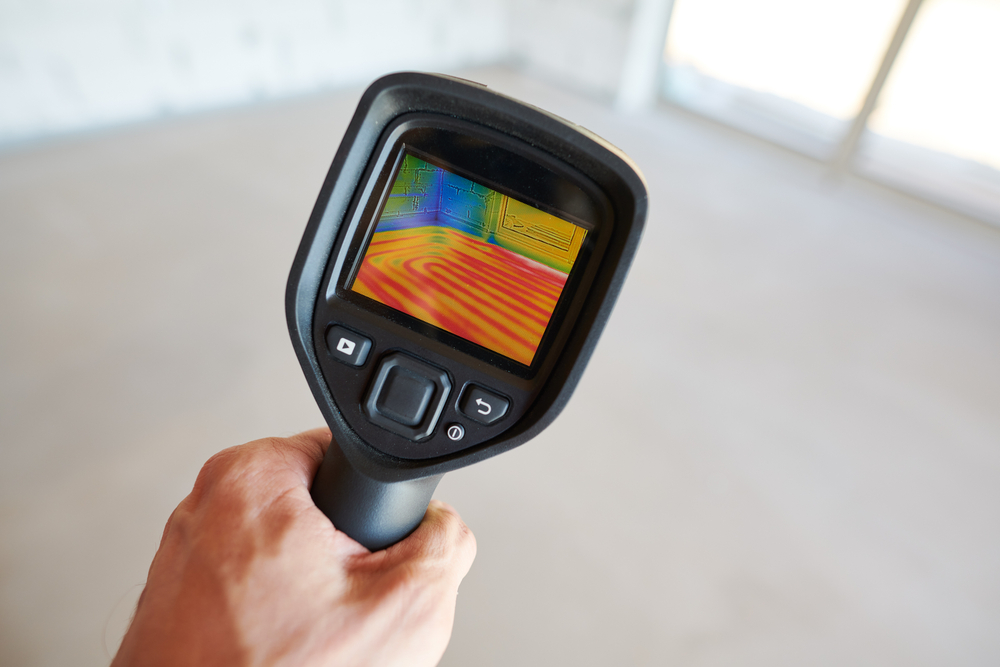 Detecting leaks in piped systems can be rather challenging, especially since pipes are often located either deep inside walls or underground. However, technological advancements have led to better ways of finding and addressing pipe leaks.

One outcome of those technological advancements is non-invasive methods of detecting water leaks. The methods are non-invasive since they don’t involve destroying your home and causing any landscaping or structural damage.

Non-invasive leak detection is of several different types, which include:

Ultrasonic leak detection uses sound waves to detect leaks. A special acoustic device with ultra-sensitive microphones listens for sounds of leaks along the pipework. The device can pick up even sounds that are inaudible to the human ear and can pinpoint sounds made by water leaks.

Trace gas leak detection is an environmentally-friendly leak detection method that uses a device that moves pressurised gas through the pipes. A gas detector is then used to detect where the gas is leaking from, which is usually the source of the water leak.

Endoscopic video leak detection allows for visual inspection of pipework and can reach the hardest places. It makes use of a small, flexible, and extendable camera with an independent light source to illuminate the dark pipes and is a highly effective method of detecting water leaks in pipework.

Thermal leak detection involves using thermal imaging cameras to inspect pipes even those buried deep within concrete walls or underground. The cameras allow operators to identify variations in the surface temperatures. It is one of the most reliable leak detection methods.

Leak correlators are used to detect underground leaks using an electronic pulse. Usually, 2 sensors are placed on both ends of a pipe, with the suspected leak somewhere in between. Special sensors are then used to transmit sound in the form of radio signals that are then analysed using mathematical algorithms to identify the exact location of a leak. This leak detection method is ideal for large-scale use.

What Should You Do If You Find Leaks in Your Pipework?

If any of the leak detection methods above results in the finding of leaks in your plumbing system, you typically have two options. You can either replace the pipes leaking or the entire system, or you can refurbish your pipes with epoxy pipelining.

Pipes that should be replaced are those with numerous pinhole leaks or extremely thin walls, which means that they have lost most if not all of their structural integrity. The epoxy pipe lining process prevents further damage and seals small pinhole leaks but doesn’t necessarily reinforce the pipe.

If you don’t have any visible water damage on your walls, ceilings, or floors, you may be a good candidate for trenchless pipe restoration that involves repairing the pipes without tearing out large sections of the wall.

If your pipes can be repaired with epoxy relining, they are first cleaned thoroughly and then dried to prepare them for installation of the epoxy coating or pipe liner. Pipelining is typically used on drain lines to seal leaks and restore the pipe’s durability. Epoxy coatings, on the other hand, are used on water supply lines to prevent further corrosion and seal pinhole leaks.

We understand just how frustrating leaks in piped systems can be to deal with, which is why we always strive to address the problem at hand quickly and efficiently from beginning to end.